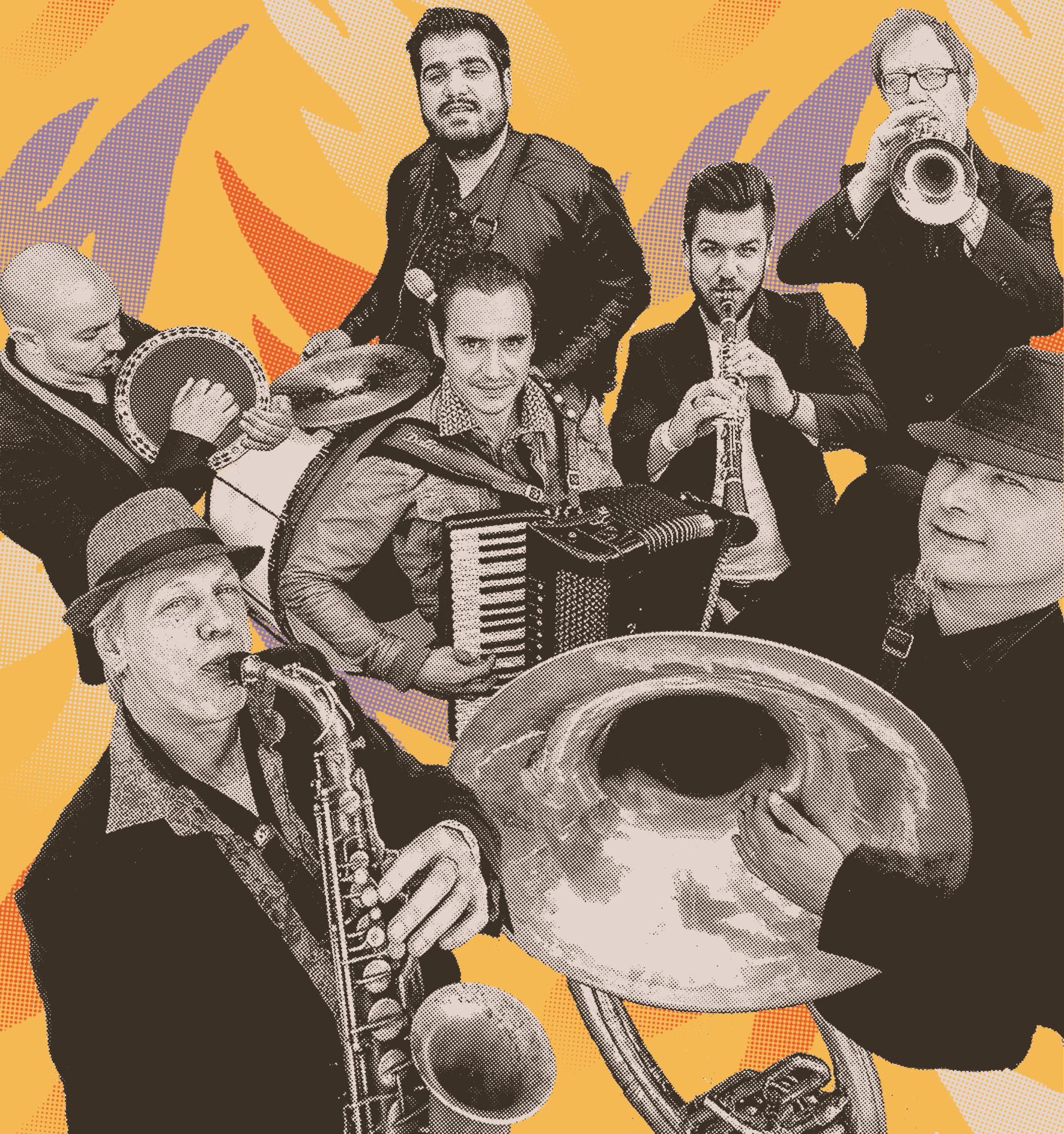 Relaunching themselves with second album Darmadan (Zephyrus Records, 2018) the orchestra blends in Turkish-oriental influences and features guest musicians Osama Abdul Rasol on quanun and Neshko Neshev on accordion, the latter who performed as a guest on several live shows following the release.

In the spring of 2021, 7-inch single Anapse To Tsigaro is to be expected. This Greek classic written by G. Clouvatos in 1958 was an instant hit at the peak of the Laika movement. Accordionist Bastien Charlery, who regularly took the microphone during live concerts, acts as lead singer, resulting in La Panika’s very first vocal track and illustrates the future direction of the orchestra.